The Best of the Adoption/Loss/Infertility Blogs of 2014

Drop me a line! 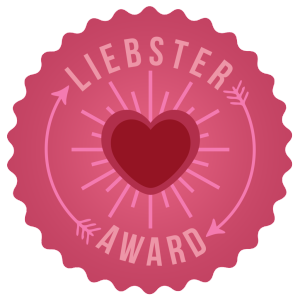 For the past 16 months I feel like my life has been on pause. I make decisions in my head thinking, well if I am pregnant by (insert random date here). For every month we’ve spent trying to conceive so far, I’ve used a due date calculator to figure out when I would be due by if I got pregnant “this month”. I’ve cycled through a whole years worth of due dates, and am making the rounds again.

For every vacation I’ve planned, I’ve made sure I would still be able to travel (therefore I pretty much don’t book anything more than 5 – 6 months out). Case and point, I was planning a cruise vacation last month for travel in late April, but had to count out and make sure I’d still be able to fly if I were to get pregnant (I’ll be fine to go, but if I am pregnant, no scuba diving for me). I was afraid that when I went on vacation with J’s family in January of this year that if I was pregnant they would know by my lack of drinking, and not scuba diving (Surprise! Sister in law beat me to that, and it was a pretty dead giveaway).

J has thought about changing jobs, or possibly locations (either within our current city, or moving to a different city). I begged him to not do anything rash as I didn’t want to have uncertainties with his job if we were to get pregnant. I have debated whether or not I should commit to long term training opportunities in my job, if I am just going to end up on mat. leave.

We’re stuck in a rut. Both J and I like a challenge, and do not like to sit and wait. We set goals, we make plans, we move forward. A rolling stone gathers no moss, right? Every month is the same, and every month takes us closer to…nothing.

That’s why we set a timeline for ourselves. We’ve always thought we want to move cities (again), whether it be only 3 hours south of our current location, to where J’s brother, and his brothers wife live. Or further; Europe, Australia, the Caribbean, Stateside? But right now, we feel as though none of these are options. We do not want to uproot in the middle of treatments, and if we get pregnant we are going to stay put for a couple years. But at least if we got pregnant and had to stay put we would have a new goal. If I get pregnant, and bring a baby into the world, we would have my year mat. leave to decide what to do from there. We can revisit our move (or maybe we won’t want to at that point), but it give us a solid two year plan.

So we have a plan in the case of success in pregnancy, or not. It makes me nervous putting a time limit on it, because what if it just takes one more cycle? But I’ve thought that before, every month in fact, since we started TTC, and it hasn’t happened. At least this way, I know there’s an end to the madness, either way. A new future to look forward to. I can press play on our life again.

My Life As A Case Study

In Quest of a Binky Moongee

My Path to Mommyhood

a type A's journey through TTC, IVF, pregnancy, and motherhood after infertility

Life, Laughter, Love and Everything Inbetween!

Coping with infertility, one hearty laugh at a time!

Drowning in the Sea of Infertility, hoping to catch a wave

One should count each day a separate life - Seneca

this is a story all about how my life got flipped turned upside down...

Her Eggs My Basket

Hope Floats Among the Cherry Blossoms

Childless Not By Choice Infertility Survivorhood

Our Journey With The Lost Stork

Tales of a 30 Year Old Nothing

Navigating my thirties is not what I thought it would be

Stuck in the Waiting Room

My journey through infertility, IVF, and pregnancy.

our crazy ever after

Giving a voice to an invisible struggle.

No Kidding in NZ

All the things they don't tell you about making babies. And not making them.

Someday Momma
Mine to Command

It Only Takes One

A journey through infertility & into motherhood